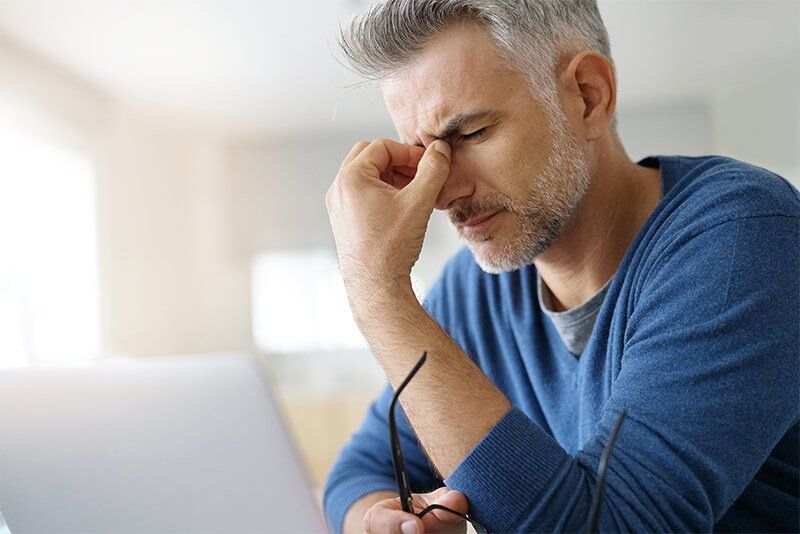 Healthy Elderly, but with Risk

This study looked at over 200 individuals aged 55 to 90 who had normal cognition, based on standardized tests and clinical exams. Before the study, none of the subjects had been referred to a sleep clinic, had been diagnosed with sleep apnea, used CPAP, were depressed, or had medical conditions that impact brain function.

Subjects were given a home sleep test to determine sleep apnea. More than half of the subjects had sleep apnea (36.5% had mild and 16.8% had moderate or severe sleep apnea). Subjects then had their cerebrospinal fluid tested via lumbar punctures to determine the level of soluble amyloid beta. Amyloid beta is a protein that forms plaque on the brain, which is believed to be responsible for Alzheimer’s disease. Some subjects in this test also received positron emission tomography (PET) to look for brain plaques. To further explore the connections between the two conditions, some patients were followed for two years after the initial measurements.

It was found that people with more severe sleep apnea saw a greater increase in amyloid beta. The study didn’t find, though, that sleep apnea severity was associated with cognitive decline.

The strong link between sleep apnea severity and amyloid beta increases shows that sleep apnea could definitely be a cause for Alzheimer’s disease. But if that’s the case, why didn’t the study show a link with cognitive decline?

Researchers posed two possible explanations. First, the study was too small and too short. The study only had 104 people who were monitored over time, and they were only monitored for two years. Alzheimer’s disease can often take longer to develop than that. And with such a small population, it’s hard to achieve statistical significance, even when the data shows a trend (as this study did).

The other reason is that the relationship between Alzheimer’s disease and amyloid beta is not completely straightforward. There are many complexities to the condition that still aren’t understood.

This study and others clearly demonstrate the link between sleep apnea and Alzheimer’s disease. This study also reminds us that many people are at risk for sleep apnea but don’t realize it. If potentially half the population between the ages of 55 and 90 has some level of sleep apnea, it’s critical that everyone be screened and get tested for the condition. That way, they can get treatment and head off development of Alzheimer’s in the future. Treating sleep apnea will lead to better sleep, which will help the brain clean itself of damaging toxins .

If you want to learn more about sleep apnea testing and treatment in Omaha, please call (402) 493-4175 today for an appointment with a sleep dentist at the Advanced Dental Sleep Treatment Center.