Cholesterol May Be a Powerful Link in Sleep Apnea Heart Risk

While statin drugs do not treat sleep apnea , new research shows that statins may at least help mitigate the damage that untreated sleep apnea can do to the vascular system. 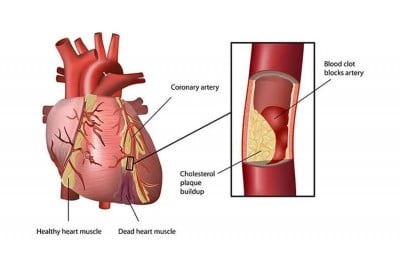 Researchers looking at sleep apnea ’s connection to heart risks have just discovered a potential explanation for why the condition is so much more dangerous than other types of respiratory conditions, which cause much more significant reductions in air supply. It seems that cholesterol may play an important role in mediating the risks, and that it’s possible controlling cholesterol could help control sleep apnea risk. However, drug therapy for cholesterol has its own problems.

Researchers began with what they described as a conundrum : why is sleep apnea so deadly? Sleep apnea causes an increase in heart attack and stroke risk that seems all out of proportion with the levels of oxygen deprivation that accompany the condition.

They think they might have discovered the solution to this question. Meet CD59, a protein that helps protect cells against injury. Cells need a protective layer of the protein to help them withstand injury, such as that would be caused by a transient intermittent drop in blood oxygen.

But many of the cells in people with sleep apnea don’t have this protein. Therefore, they suffer serious damage when they experience oxygen shortage.

But what causes these cells to lose CD59? Researchers speculate that it’s cholesterol. They exposed cells to intermittent oxygen shortages and found that in this condition cells had difficulty eliminating excess cholesterol, and they pulled CD59 from the cell membrane to help. This creates, essentially, a CD59 deficiency, which has been associated with the breakdown of red blood cells, the development of clogged arteries, and stroke.

Could a Drug Really Help?

When researchers discovered the lack of CD59 in sleep apnea patients, they also noticed that some patients didn’t experience the problem. They found that these people were taking statins, cholesterol-reducing drugs. With lower cholesterol levels in their cells, there was no need for CD59 to be pulled from the cell membranes. In the words of the NPR article, “The findings hint that commonly prescribed cholesterol-lowering drugs called statins could limit the damage sleep apnea does to blood vessels.”

As a result, some are now saying that statins should be prescribed to help people with sleep apnea avoid some of the more serious consequences of cardiovascular problems, such as heart disease and stroke.

The Problem with Statins

Unfortunately, statins are one of the most overprescribed drugs in the US. Nearly half of all men over the age of 40 have been prescribed statins. To some doctors, statins seems like a great preventive treatment. They can lower cholesterol, reduce heart risks, and have virtually no side effects.

But others dispute the apparently low side effects. Much of the clinical data for statin trials is locked up , and, in any event, it seems that for many trials researchers were only looking for cancer risk.

So when data shows that there were low side effects, it means that few people developed cancer because of the drug. Other side effects may be frighteningly common. For example, perhaps one in ten may experience serious, even crippling muscle pain. And one in 50 may develop type 2 diabetes as a result of statin use. When you compare that to the fact that only one in 140 in the broadest group of prescribees would actually benefit from statin use , and you see the problem with prescribing drugs like this when the benefit is dubious.

These findings are very preliminary, and they’re about half a dozen steps (if not more) short of proof. Let’s hope that there are some serious clinical trials before anyone starts seriously suggesting statin use to help protect against the effects of sleep apnea.

Statins Do Not Treat Sleep Apnea

If you are looking for sleep apnea treatment that has been proven to be effective, please call (402) 493-4175 for an appointment with an Omaha sleep dentist at the Advanced Dental Sleep Treatment Center.