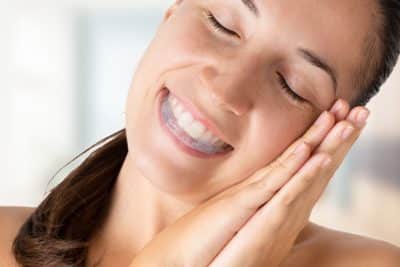 In general, surgery is not considered the best treatment for sleep apnea. In part, this is because sleep apnea increases a person’s surgical risks. If you have sleep apnea, you are more likely to experience surgical complications, including respiratory failure, heart attack, or other complications that could land you in the ICU.

Still, there are some situations where surgery seems like the best option. Unfortunately, another reason why surgery isn’t usually the frontline treatment for sleep apnea is that it often fails to cure the condition or even offer a meaningful improvement in sleep apnea. When this happens, oral appliance therapy can give you the boost you need to enjoy a healthy, active, fulfilling life despite sleep apnea.

If you tried sleep apnea surgery and it didn’t give you enough relief, don’t give up. Let Omaha sleep dentist Dr. Melissa Sheets help you get better results with oral appliance therapy.

How Successful Is Sleep Apnea Surgery?

Based on the risks involved and the expense involved, you would think that the procedure must have a high success rate. Otherwise, why would people keep getting it?

However, the truth is that sleep apnea surgery often leaves the condition as it was (or worse) so that a person needs additional treatment to be healthy. How often does this happen? It depends on the surgery. Here are some of the more common sleep apnea surgical procedures, along with their success rates.

Uvulopalatopharyngoplasty (UPPP) is the most common sleep apnea surgery. In this procedure, doctors remove throat structures, such as the uvula and parts of the pharynx or palate. This surgery requires at least one overnight hospital stay, and many people have a prolonged recovery period.

Despite this, the procedure only has a 40% reported success rate. Many people who initially see good results report that results diminish over time. In other words, their apnea returns, possibly worse than ever.

Tonsillectomy and adenoidectomy (removal of the tonsils and adenoids (respectively) are the next most common sleep apnea surgeries. These procedures are mostly used in children, and they have a reasonably high success rate in that case, perhaps as high as 80%. For adults, the success rate is only about 65%.

The tongue is often the titular obstruction in obstructive sleep apnea. Reducing the size of the tongue can allow for more space in the airway and reduce obstructions.

Hypoglossal nerve stimulation involves implanting a device like a pacemaker in your chest. However, instead of stimulating your heart, the device stimulates your throat muscle to hold your airway open when you breathe. This procedure has a success rate of about 68%, and long-term studies show the results are stable over time.

Maxillomandibular advancement (MMA) is a dramatic surgical procedure that expands your airway by moving both the upper and lower jaws forward.

If you decided to get surgery for sleep apnea, there’s as much as a 60% chance that you didn’t get the results you were hoping for. In other words, you still have sleep apnea that prevents you from sleeping well at night. You still experience daytime sleepiness, low energy, mood problems, and more.

If you are looking for an effective alternative to both CPAP and surgery for sleep apnea, let Omaha sleep dentist Dr. Melissa Sheets help. She can assess your sleep apnea and the state of your airway to determine how likely it is that you will get good results from oral appliance therapy. Or, if you are a better candidate for a different treatment, we can refer you.

Please call (402) 493-4175 or use our online form to request a new patient appointment at the Advanced Dental Sleep Treatment Center in Omaha, located in north Omaha, in North Park.