Is It Really LED Lights That Are Disrupting Your Sleep? 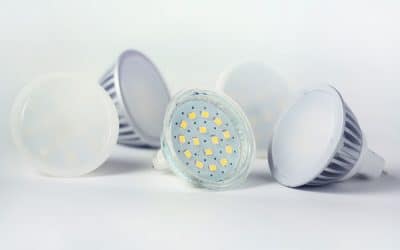 As part of the movement toward energy conservation, many cities are switching to LED street lights. It is even happening across the Omaha area currently. These lights offer many advantages for cities that make them very attractive. But some people complain that they are interfering with their sleep. This may be true in some cases, but for others this is another case of sleep apnea masquerading as different types of sleep disruption.

From the standpoint of the city, there’s almost no reason not to switch to LED street lights. They give off more light than the sodium bulbs they’re replacing. They also use less power, which can lead to significant cost savings for the city. And LEDs can last much longer than sodium bulbs–about 20 years, compared to just two to five years for sodium bulbs.

These cost savings are significant. One estimate says that switching over all the street lights over the next 20 years would save $120 billion for the country –enough to build six walls between the US and Mexico.

How LEDs Can Disrupt Sleep

However, not everyone is happy with the changeover. Many people claim to have difficulty with sleeping after LED lights are installed. Their complaints are backed up by a recent American Medical Association report looking at the potential impact of LED street lights on sleep.

The report notes that the high intensity light is much brighter than the old sodium bulbs, which means that people get more ambient light in their bedrooms. And because the light can be skewed more towards the blue end of the spectrum, it has the potential to be disruptive on the circadian cycle.

However, many of the complaints about LED bulbs refer primarily to the first generation of bulbs. More recent LED lights have changed to address these concerns. Now LED street lights are dimmable, and many cities plan to set them on a schedule that allows them to be dimmed later at night as people are going to sleep. New LEDs also give off a warmer light (less blue) so they are less disruptive of people’s sleep.

If your neighborhood has switched over to LED lights, you might notice your sleep is being disrupted. The two could very well be related. This is especially true if you are having difficulty falling asleep. If that’s the case, try to set up your room to block more light from outside. You can also try removing light sources from your bedroom.

And it’s important to remember that the same kind of blue light that is emitted by LED street lights can come from your devices like TVs, computers, smartphones, and tablets. So try using them less right before bed–and check to see if they have a night setting that will cut down on the amount of blue light they give off.

But if you think that the new street lights are waking you up at night, it’s quite likely you’re facing a different problem. As with many other types of sleep disruption–such as nightmares or nocturia –the true cause could be sleep apnea. This causes you to wake up, but because you’re not aware of your sleep apnea, you look for an explanation from your environment. Because the street lights are new, you settle on them as the cause.

If you find you’re having difficulty staying asleep, you should be tested for sleep apnea. For more information about getting a sleep test in Omaha, please call (402) 493-4175 today for an appointment with a sleep dentist at the Advanced Dental Sleep Treatment Center.