Recommendation against Sleep Apnea Screening Could Be Harmful 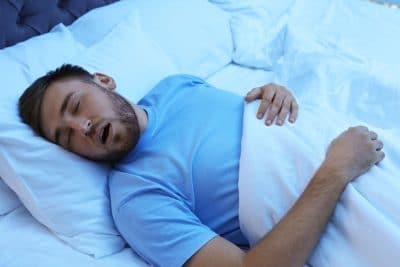 Last week, the US Preventive Services Task Force issued its findings on sleep apnea screening. The independent panel, comprised of national experts who volunteer their time to consider disease prevention and evidence-based medicine issues, said there was currently not enough evidence to recommend for or against sleep apnea screening for people without sleep apnea symptoms.

While it may be strictly true that we don’t yet have evidence about the benefits of widespread sleep apnea screening, the dangers of sleep apnea, its high rate of undiagnosed cases, and the low risk and low cost of screening mean that it is likely better to err on the side of caution and encourage screening for sleep apnea by most doctors and dentists.

In particular, the panel identified several areas where they wanted to see more research. First, they wanted research on sleep apnea screening in asymptomatic individuals representative of the US primary care population. This research should evaluate the benefits and harms, comparing screened vs. unscreened individuals.

They also wanted more research on the accuracy of screening tools for people with unrecognized or mild sleep apnea symptoms. In addition, they recommended the development of accurate risk assessment tools that can identify populations most likely to benefit from screening. Finally, they wanted more research on sleep apnea itself. In particular, how often people progressed from mild to severe sleep apnea, how long before the transition, and how much benefit people saw from getting sleep apnea treatment early.

The current statement is just a draft and is open for public comment through April 25.

Why It Is Better to Recommend Screening

The problem with the Preventive Services Task Force recommendation is that many people will see this as a recommendation against screening. We saw this happen with a recent recommendation about flossing, which led to significant reductions in flossing among a population that already didn’t floss enough.

We believe it is better to recommend widespread screening for sleep apnea because:

Thus, while we support the call for more sleep apnea research, we think it’s better to be cautious about this condition.

One of the main reasons to recommend widespread screening for sleep apnea is that the condition itself is dangerous, even deadly. Undiagnosed and untreated sleep apnea can lead to numerous health conditions and risks, including:

Even snoring, one of the most noticeable sleep apnea symptoms, is often dismissed as unimportant for a person’s health, only a minor nuisance. Other symptoms, like daytime sleepiness and headaches, are considered common, with multiple potential explanations, and not worth mentioning. We’ve talked before about how hard it is for people to associate symptoms with their sleep apnea and how doctors already don’t do enough to ask about the condition.

Most people with sleep apnea remain undiagnosed. By the nature of the statistic, we can’t know exactly how many people have undiagnosed sleep apnea. However, studies of populations in care settings show that the number is likely very high. One study of surgical patients looked at this question by screening all incoming patients. The study found that less than 20% of those at high risk for sleep apnea had previously been diagnosed with the condition. When testing high-risk patients, they found that more than 80% had sleep apnea. Some estimates say that as much as 90% of sleep apnea cases remain undiagnosed.

If a screening tool suggests a person might have sleep apnea, they will have to take a sleep test. This might have been difficult in the past because lab space for sleep tests is limited. However, the modern use of home sleep tests means that testing for the condition is convenient and inexpensive for people and their insurance companies.

There seems to be little risk in encouraging more common screening for sleep apnea.

Do You Suspect Sleep Apnea in Omaha?

If you are in the Omaha area and you think you might have sleep apnea, the sleep dentists at the Advanced Dental Sleep Treatment Center can help. Please call (402) 493-4175 or email us today to learn more about sleep testing in the Omaha area.