Many women develop obstructive sleep apnea during pregnancy, with an increased risk of complications for both mother and child. Technically, the condition “ gestational obstructive sleep apnea” has not been recognized yet , so it’s not commonly screened for. However, new research shows that it would be easy to build a screening tool for it by piggybacking off the regular screening for gestational diabetes. 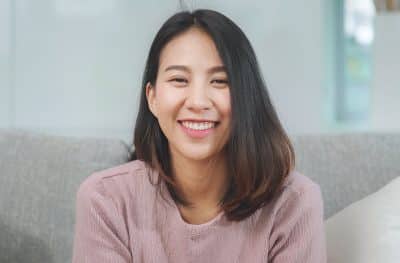 Above all, a screening tool should be simple to use. Researchers from Bangkok designed what they felt was a very simple screening tool that could identify women with gestational diabetes who were at elevated risk for sleep apnea.

The screening tool involved first giving women the Berlin Questionnaire (BQ), a significant screening tool that’s commonly used for the general population. The BQ has three sections designed to identify people at high risk for sleep apnea. Women who scored positive in two of the three categories were considered high risk for sleep apnea. In addition, women who had a neck measuring 14 inches in circumference or more were also considered to be at high risk.

Limitations of the Study

Although the study puts forward some good ideas for a basic screening tool for sleep apnea during pregnancy, it does have a number of significant limitations. First, the tool is validated with a very small sample size–only 82 women. And the sample is very homogeneous, since all the women are from the Bangkok area, so we don’t know that the findings are universally applicable. Finally, the study is only a paper presentation at a conference, not a published journal article, so we have to remember that all the findings are preliminary.

Talk to Your Doctor about Sleep Apnea

Despite its limitations, the basic message of the study is good: pregnant women should be screened for sleep apnea. This is for the health of both the mother and the child. And screening doesn’t have to be complicated. Perhaps a little over half of women with gestational diabetes have sleep apnea. This makes gestational diabetes a great starting point for screening. Combined with a simple BQ and neck measurement, the screening tool should identify most pregnant women with sleep apnea. This would allow for treatment to protect the health of mother and child.

Obstructive sleep apnea can strike anyone, even people who otherwise seem healthy. During pregnancy, women are at a higher risk for sleep apnea than at any time in their lives before menopause. Sleep apnea screening at this time just seems like a prudent precaution.

If you want to learn more about sleep apnea screening and diagnosis in Omaha, please call (402) 493-4175 today for an appointment.