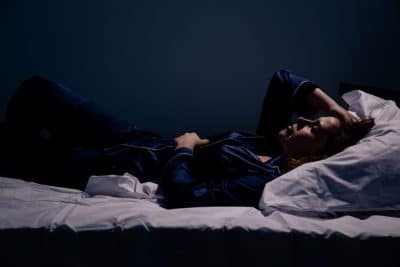 Sleep apnea impacts every tissue in your body. But perhaps the most serious impact is on the vulnerable and critical structure of the brain. We have seen the impacts of this damage through an increased risk of Alzheimer’s disease and dementia among sleep apnea patients. And we’ve seen how this shows up in different chemicals in the brain. We’ve also seen how sleep apnea can change the physical structure of the brain, damaging areas related to thinking and memory.

But MRI can’t show the hippocampus in enough detail to look at the separate regions of this tiny brain structure. That’s why researchers in this study opted for autopsy studies, where they could physically measure the thickness of different parts of the hippocampus, allowing them to look at how the individual structures are affected.

Unfortunately, because of the high mortality rate of people with sleep apnea, there are many available cadavers to use for this type of study. In this study, they used 17 female and 15 male cadavers to see how the hippocampus was impacted, and compared the effects with the sleep apnea severity charted for each individual. Researchers could even look at the impact sleep apnea treatment had for some of the individuals.

Self, Spatial, and Basic Memory Affected

Researchers found that as sleep apnea worsened, they saw more serious thinning in layers of the dentate gyrus, a region of cornu ammonis called the CA1, and the entorhinal cortex (EC).

Damage to these regions can also lead to diminished semantic memory. Semantic memory is the kind of memory that we might describe as our “basic” memory, since it includes things like letters, names of colors, and simple facts we learn over life. When the hippocampus is damaged, we can find it harder to make and retrieve these kinds of memories.

What’s remarkable about this study is not just the detailed findings about the impact of sleep apnea on the hippocampus, but the way they could link those findings to worsening sleep apnea. They also found that people who used sleep apnea treatment didn’t have thinning in these regions of the brain–they were protected!

Sleep apnea has the ability to put you at serious risk. It can even, as this study shows, steal your memories. Don’t let it!

To learn more about how treatment can protect you from the dangers of sleep apnea in Omaha, please call (402) 493-4175 today for an appointment with a sleep dentist at the Advanced Dental Sleep Treatment Center.