Sleep apnea has been strongly linked to erectile dysfunction, but there has not been a strong sense of the causal mechanism. However, there is a particular hormone that is elevated in men with sleep apnea and could be the link. 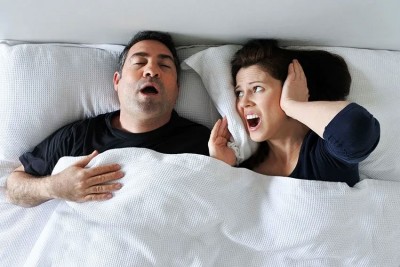 Prolactin is a hormone that is named because of its role in helping mammals produce milk, but, like most hormones, it actually performs many different roles in the body.

One of the most important roles that prolactin performs is as part of the body’s response to orgasm. After orgasm, the body releases high amounts of prolactin to help counter the dopamine that led to sexual arousal. As long as the prolactin levels are raised, men become uninterested in sex. This is what is known as the refractory period, when men are unable to achieve an erection.

Men with elevated levels of prolactin experience symptoms of sexual dysfunction. They have low sexual interest and often are unable to achieve an erection.

The Link Between Sleep Apnea and Erectile Dysfunction

There are several studies showing that men with sleep apnea have elevated levels of prolactin. Why? We’re not entirely sure, but it’s definitely part of the complex disruption of the endocrine system caused by sleep apnea. It’s likely related to the role prolactin plays in sleep. Prolactin levels surge at the onset of sleep, and they reach peak levels during REM sleep, so we have two potential mechanisms that could explain why prolactin levels are elevated.

First, it might be that your body is trying to convince you that you should sleep more: Here’s prolactin, now go to sleep. Or it’s possible that whatever your body is supposed to be doing with prolactin during REM sleep keeps getting disrupted, so less prolactin is used and more remains in the blood.

If you suffer from sleep apnea, you’re also likely snoring loudly at night. This can prevent both you and your partner from getting a good night of sleep which can decrease your libido. Over time, not getting sleep apnea treatment can really damage your relationship. If you’re wondering if sleep apnea causes impotency, you’re in luck. Aside from erectile dysfunction, you should expect the same potency.

Interference with your sex drive and sex function is a serious impact on your quality of life. Fortunately, as with many other effects of sleep apnea, treatment can help you enjoy life again. To learn how sleep apnea treatment can help you, please call (402) 493-4175 for an appointment with an Omaha sleep dentist at the Advanced Dental Sleep Treatment Center.