Sleep Disturbances Related to Substance Use in College Athletes

Sleep disturbances are related to many effects in our waking life, such as depression, daytime sleepiness, and others. While people should seek professional care for these effects, they are unlikely to do so. In fact, they’re more likely to dismiss the problem or try to treat the condition themselves. 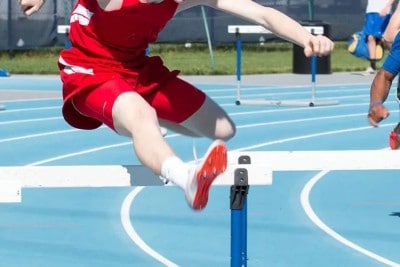 Self-treatment can take many forms. If people properly identify sleep as the problem, they may try to improve sleep, maybe even trying over-the-counter snoring treatments. Or they may try increasing intake of caffeine , tobacco, or alcohol. But in some cases, they may turn to illegal drugs to try to cope with the effects of sleep disturbances.

At least, that’s what the results of a new study show: college athletes may be more likely to turn to illegal substances if they suffered from sleep disturbances.

A Wide Range of Substance Abuse

They found that athletes who reported serious sleep disturbances were much more likely to use both legal substances and illegal or controlled substances. Those with sleep difficulties were:

Researchers said that although they expected there would be some connection between the two, they were surprised by how consistent and how powerful the connection was. It was universal–across the board student athletes were more likely to use legal, controlled, and illegal substances if they reported sleep disturbances.

Researchers note that it’s important for people who work with student athletes to understand the serious ramifications of sleep disturbances, which are common. Sleep disturbances need to be addressed early, before they lead to the development of problems like substance abuse, which can put their education, career, and life at risk.

It’s also important for people to know that although athletes are young and fit, they are still at risk for serious sleep disorders such as sleep apnea. If they do have sleep apnea, it can create serious problems in their daily lives, including problems with school and with sports. These problems can cause them to turn to substances for help.

The results of this study are preliminary, and they don’t show that treating the sleep disturbances will actually decrease the risk of substance use, but given what we know about the impact of treatment on, for example, depression, it seems likely.

If you or someone you know is struggling with sleep disordered breathing such as snoring or sleep apnea in Omaha, please call (402) 493-4175 today for an appointment with Advanced Dental Sleep Treatment Center.