Is Catathrenia The Same As Snoring?

If you’re a noisy sleeper, it may be snoring, or it may be another condition that is closely related but isn’t necessarily as serious. It’s called catathrenia, otherwise known as night groaning, and it’s only recently come to light.

Unlike snoring, catathrenia is a recent discovery. First reported in a 1983 case report, it was officially recognized as a sleep disorder in the early 2000s. It is a relatively rare condition, and we don’t have enough evidence to definitively say whether it does or does not come with the same types of dangers that are associated with snoring and sleep apnea.

However, since treatment approaches can overlap with treatments for snoring and sleep apnea, the Omaha sleep dentists at the Advanced Dental Sleep Treatment Center can help you. We can help you get tested to determine whether you have sleep groaning or snoring, then recommend the appropriate treatment. 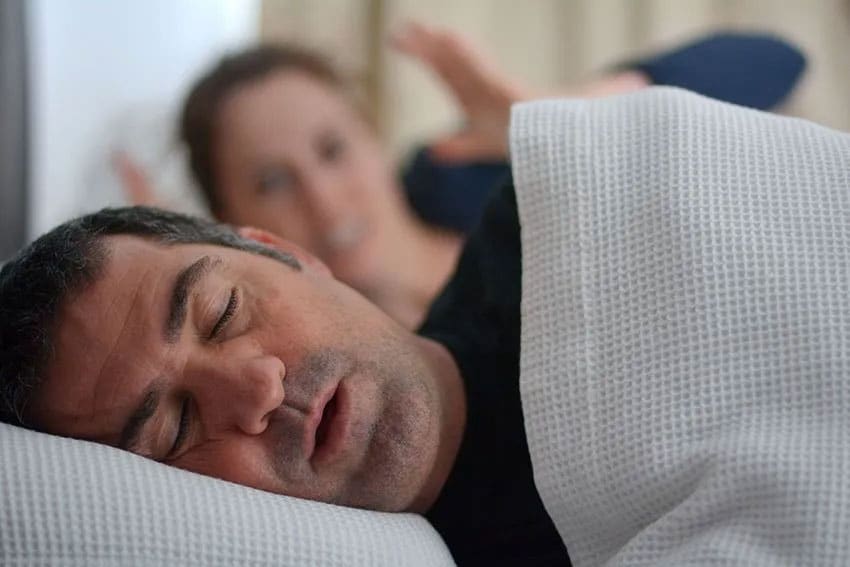 Snoring is a common sleep disturbance. Perhaps half of all people snore sometimes, and about a quarter snore regularly. However, catathrenia is much less common, occurring in 0.17% to 0.4% of people who visit sleep clinics (17-40 people out of 10,000). However, it might be more common in the general population. Almost all people with catathrenia find out about it because someone else points it out to them. People without a sleep partner might not discover their catathrenia.

Unlike sleep apnea, catathrenia affects men and women equally. It often affects young people, including children, and doesn’t seem to increase with age.

Catathrenia and snoring are both sounds that people make during sleep. Snoring can come in many forms, so it can sometimes sound like a groan. However, you can distinguish catathrenia from snoring because catathrenia occurs only while exhaling, but snoring can occur during both inhalation and exhalation.

The name catathrenia comes from the Greek words kata (below) and threnia (lament). The name was chosen because the sleep groans often have a monotonous, sad sound. However, they can also sound sexual in nature, which can make people embarrassed to bring it up. They might not want to talk to their partner or doctor about it because they fear the sounds are related to sexual dreams.

However, it does not seem that the sounds are related to any particular dreams. Although sleep groaning sometimes occurs during REM sleep (when most dreaming occurs), sleep groaning can actually happen at any stage of sleep.

At this point, we’re still unsure about what causes sleep groaning, but there are several theories. One is that sleep groaning is a type of parasomnia, similar to sleepwalking. In fact, many people who currently suffer from catathrenia had parasomnias like sleepwalking, night terrors, or bedwetting when they were children.

Bruxism–nighttime tooth clenching–may also be related to sleep groaning. People who clench their teeth may make groans because contracting muscles related to bruxism may cause them to make the sound.

Some suggest that catathrenia might be neurological, related to dysfunction in the part of the brain that regulates breathing.

Catathrenia may also be genetic. It seems that many people with the condition have a family history of groaning during sleep.

In other cases, sleep groaning may actually be snoring that’s misdiagnosed.

Sleep Groaning Is Bad for Your Health

In one series of catathrenia cases, for example, the average apnea-hypopnea index (AHI) of patients was 3.1, below the threshold for mild sleep apnea (AHI ≥ 5). Other studies show that perhaps a third of people with catathrenia have mild sleep apnea.

The good news is that a polysomnogram can distinguish between snoring and sleep groaning and may help people get good treatment so they can rest easily.

Can we treat sleep groaning? In most cases, yes. Although most people with catathrenia don’t have sleep apnea, the most common treatment is the same: CPAP (continuous positive airway pressure).

However, unlike sleep apnea, CPAP is not a highly effective catathrenia treatment. In some studies, CPAP can resolve catathrenia. However, in other studies, the treatment is ineffective, helping none of the patients.

Help with Sleep Disorders in Omaha

At the Advanced Dental Sleep Treatment Center, we can help people overcome many different sleep disorders, including catathrenia.

If you are suffering from sleep groaning or snoring and want to learn more about potential solutions, please call (402) 493-4175 for an appointment with an Omaha sleep dentist at the Advanced Dental Sleep Treatment Center.