Are You Waking with Hypoxemia? 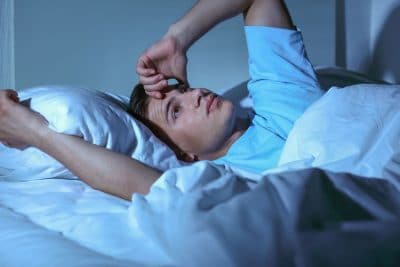 One of the dangers of sleep apnea is that it can lead to very low levels of oxygen in the blood (sometimes as low as 60% saturation –anything below 90% is considered serious), a condition known as hypoxemia, sometimes called hypoxia, which technically refers to the associated low oxygen levels in tissues. When hypoxemia occurs, your body should awaken enough to restore your oxygen supply. Often, you won’t know that you wake up, but sometimes you will. Waking up with hypoxemia often comes with telltale symptoms.

Heart and Lungs Symptoms of Hypoxemia

When you wake up with hypoxemia, your body is aware of the oxygen shortage and is trying to correct it. One of the most common symptoms is a racing heart. Your body is trying to get more oxygen to your tissues by pumping more of the low-oxygen blood through the body.

Along with a racing heart, you might also wake up gasping or hyperventilating. This is your body trying to bring in more oxygen to meet its urgent need.

Disorientation is common for people with hypoxemia. If it takes you more than a moment to remember where you are and what you’re doing, it’s likely that you are dealing with low blood oxygen levels.

Dizziness can also occur with hypoxemia. If you get up to go to the bathroom or start your morning routine, but find yourself barely able to stand, hypoxemia may be the cause.

For more severe levels of hypoxemia, you and others may be able to see they symptoms written under your skin. Your blood vessels, normally red from the oxygen-rich blood they carry, can turn blue. This will be most obvious in your lips and under your fingernails.

How to Deal with Hypoxemia

Hypoxemia is very serious. If you don’t recover quickly, you need emergency care and should dial 911. If hypoxemia recurs, you should investigate the possibility you have sleep apnea and need treatment.

If you are looking for sleep apnea treatment in Omaha, please call (402) 493-4175 for an appointment with a sleep dentist at the Advanced Dental Sleep Treatment Center.