Spoiler Warning: This blog discusses events in Orange Is the New Black through season 4 episode 2.

Netflix’s original dramedy Orange Is the New Black tackles many key issues about prison life, including the challenges of women living together in a shared space. With the introduction of new inmates essentially doubling the population of Litchfield, the issues of crowding and the stress of other people have been driven to the forefront.

Among these issues is how to deal with a snoring bunkmate. Galina “Red” Reznikov (Kate Mulgrew) is forced to deal with this issue in episode 2, but how realistic is the representation of snoring? 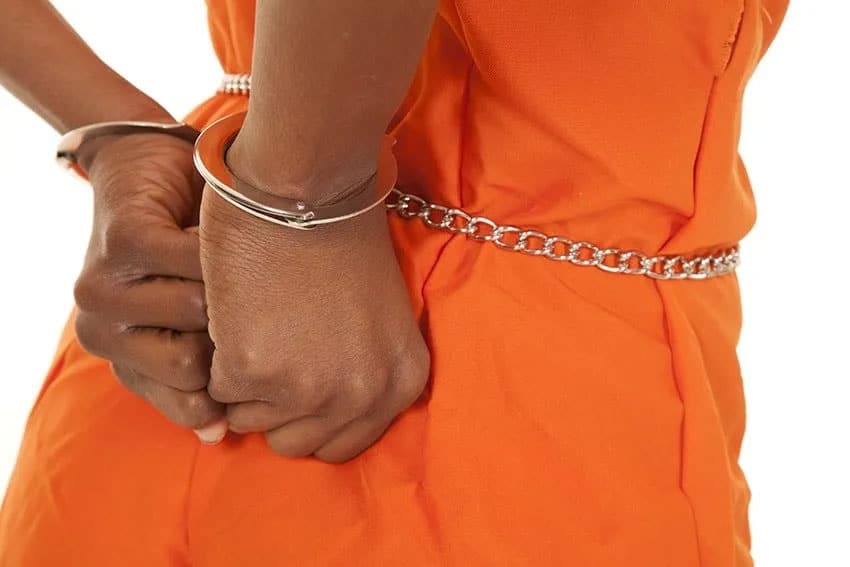 When Red confronts her bunkmate Alana Dwight (Shannon Esper) about the issue of snoring, Dwight is horrified. She calls snoring a “greatest affliction”. This is very realistic, and people with snoring are often deeply embarrassed or ashamed about their condition. Partly, it’s the associations that people who snore tend to be overweight and old that makes people ashamed of their snoring, and, in this case, the fact that snoring is more associated with men increases the stigma of it.

Also realistic is the discussion of potential cures. Red suggests nose strips, but Dwight counters that the problem isn’t in her nose, it’s her “abnormally large uvula.” Piper (Taylor Schilling) chimes in that her boyfriend snored and that she tried propping up his side of the bed. Realistically, this doesn’t work, and Piper’s solution is also one that many who sleep with snorers try: she takes a sleeping pill and gets to sleep first. This works for some people, but not for others, and in this situation is completely impractical.

Also realistic is how many of the solutions don’t work. Red is sleeping with earplugs in, but she is still deeply bothered by the penetrating sound of snoring. She then tries to improvise a chin strap using a bra and socks, which looks hilarious, but, of course doesn’t work, as chin straps don’t work for most snorers. Neither does trying to adjust the position of Dwight’s head.

Red sought other snoring solutions from people in the prison, including Anita DeMarco (Lin Tucci), who said she just waited for her roommate to die of cancer, a solution that has immediate appeal for Red (as it does for many who sleep with snorers), who exclaims, “But she’d be so quiet if she were dead.” Sister Jane Ingalls (Beth Fowler) suggest sewing tennis balls into the back of Dwight’s nightgown so she can’t sleep on her back.

This is a common home remedy for snoring, and it can make a big difference for many people. Sleeping on your back causes the soft tissues, including the uvula, to be pulled backward by gravity, constricting your airway.

In this case it works, not only because it keeps Dwight off her back, but also because it causes her to roll off the bed, injuring herself, which sends her to medical, allowing Red to sleep peacefully in her absence. Red’s sigh of contentment at the absence of the snorer is probably the most realistic aspect of the entire episode.

What’s missing from this episode is a recognition that snorers are also suffering. It’s a caricature that snorers sleep peacefully while everyone around them suffers–that’s an image drawn by those who are awake and looking over the fence at the seemingly green grass of sleep. Although a snorer is sleeping, they likely aren’t sleeping well, and their snoring even wakes them up. And in the morning, snorers usually feel the effects of their poor sleep.

Also unrealistic is the sense the show gives that this injury somehow stops the snoring. Although it doesn’t literally say it, dropping the snoring subplot at this point perpetuates the notion that if you just break your nose you can stop snoring, which is especially silly here since we’ve already established that Dwight’s nose isn’t the problem.

And it is unrealistic that Red could be so easily dissuaded from violence against Dwight. After all, a fear of violence related to snoring has gotten murderers out of jail before, and in a similar dorm situation, a teen had his skull broken in an attack.

Most importantly, this Orange Is the New Black episode establishes uhow futile it is to try to solve snoring on your own. There are many suggested solutions, but it’s unlikely that they will work for you. If you or your spouse has a real snoring problem, you need to seek help from someone who can find solutions tailored to the cause of your snoring.

For help with snoring, please call (402) 493-4175 for an appointment with an Omaha sleep dentist at the Advanced Dental Sleep Treatment Center.